The last quarter of the 19th century closed with a flurry of invention and innovation. The creative minds of Henry Ford,

Thomas Edison and Alexander Graham Bell left their mark on an emerging industrialized world. At the same time, a young knitter from Needham, Massachusetts named George Washington Freeman had an idea of his own. Traveling with his hand frame knitting machine in tow, young G.W. left Massachusetts for Detroit, Michigan. His idea was to knit a contoured elastic stocking using the newly developed covered elastic thread. Others had similar ideas, but G.W. thought he could do it better and at a better price. In 1891 he did just that and in the process produced the first line of Freeman products. At that time, he could hardly have envisioned the diversity of products or the network of customers that Freeman now supplies worldwide. 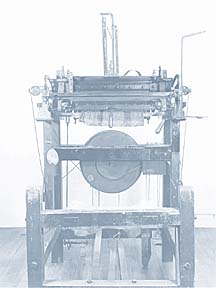 In 1933 the company moved from Detroit to Sturgis, Michigan to be equidistant from major markets in both Detroit and Chicago. Surrounded by many lakes and small farm communities, Sturgis provided a picturesque setting for the company's steady growth. While product evaluation and customer service demands have forced many changes over the years, the commitment to product excellence and customer satisfaction continues to typify our efforts to offer our customers only the very best. The hand frame knitting machine used so long ago remains today at the home office in Sturgis, MI.